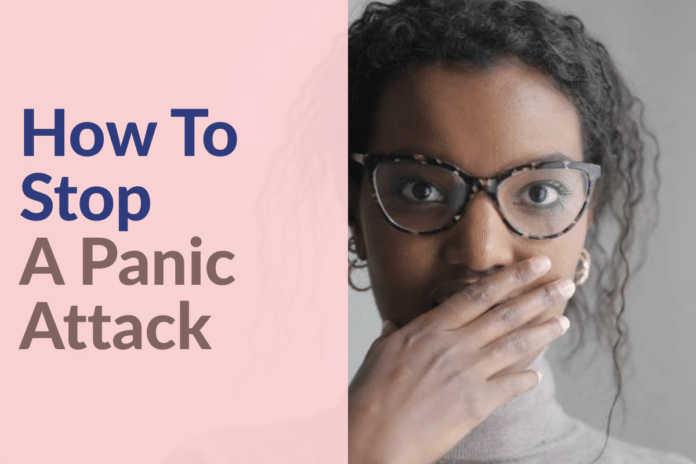 (This post may contain affiliate links. If you make a purchase, I'll earn a commission at no additional cost to you).

Not many things can make a healthy man as debilitating as a panic attack. It feels like the world has stopped and you feel overrun by intense fear supported by crippling physical symptoms such as shortness of breath, trembling, chest pain, nausea, sweating, or pounding heart. A panic attack can last anywhere from five to twenty minutes – a period in which you lose the ability to reason logically or clearly. What’s even worst is that you don’t have to be in a life treating situation to experience a panic attack. It can happen while you are asleep in bed, at a restaurant, or even while hiking. It all starts with an intense surge of fear that is followed by the other crippling symptoms.

Before we go into how to deal with a panic attack, we need to recognize its symptoms. The list of the most common symptoms include:

Sometimes they are triggered by something, while other times they may come out of nowhere. Typically, they reach their peak within minutes. But regardless of how much they last or the extent of their peak, they can feel overwhelmingly unsetting.

Here’s how to prevent panic attacks from happening in the first place.

Unfortunately, when you got hit by a panic episode, you need to wait for it to run its course. Because of that, it is evenly important to take preventive measures as it is important to know how to cope with it once it hits. After all, preventing the problem before happening is always the smartest play.

To that end, consider maintaining a healthy diet, being physically active, and having good night sleep habits. Furthermore, lower your alcohol and caffeine intake as both can worsen your anxiety symptoms.

Structured relaxation and mindfulness activities such as yoga and meditation can have a very positive effect on both your physical and mental symptoms.

Stopping Panic: What to Do When Having a Panic Attack

Here are some strategies that have worked for many people faced with panic attacks.

Once you are aware that you are having a panic attack, you need to convince yourself that this too will pass and you will be fine soon enough, just need to wait it out and let the panic attack run its course.

To that end, remind yourself that there is no real danger. You can practice a verbal response such as “This will pass” or “I am not afraid”.

According to modern medicine, there is no need to distract yourself and face your panic attack head-on. Don’t fight it, but identify, acknowledge it, and let it run its course while you are being fully aware of the situation. Just keep on reminding yourself that this is temporary and it shall pass soon enough.

That way your mind is not focused on fear and doesn’t run around bouncing from one to another worry.

This is a common exercise often recommended by physicians to people that suffer from frequent panic attacks.

H.A.L.T. is an acronym for hungry, angry, lonely, tired. These are four feelings that not only can bring out the worst from anyone, but they are potential triggers for panic attacks.

So when panic attack symptoms start to appear, ask yourself – am I hungry? Am I angry? Am I tired?

A positive answer can help you cope with your panic attack easier. For example, if you are hungry, head to the fridge for a quick bite. If it is because you feel lonely maybe you should reach out to a friend or a family member.

In any case, coping is much easier when you know what’s behind your panic attack.

As mentioned earlier, panic attacks are not just in your head as they tend to manifest through your body. For some people, increased muscle tension is one of the symptoms.

In that’s the case, tense one muscle and then relax it. Then do that to another muscle. Repeat that to every muscle that could benefit from this exercise. You can stop when the whole body feels relaxed or when the panic attack stops.

Start counting backward from 100 by 3s

The very act of counting is kinda like an override of anxious thoughts that try to crawl into your mind. This is a technique that increases your focus and makes you feel calmer. All that can significantly decrease the severity of your panic attack.

Put a Stop to the “What ifs”

Most panic attacks are fueled by the “what if” thoughts within our heads.

For example, What if I don’t pass this exam? What if the interview goes sideways? What if I fail on this audition as well? What if everyone hates my art? What if I run into my ex?

Very often, even the worst-case scenarios are not as bad as they seem at that moment. But when you are in the middle of a panic attack you can’t reason and think clearly. Again, it all comes down to being aware of what’s going on in that moment and convincing yourself to wait it out, let it pass, and don’t spiral into further confusion.

The fewer “what ifs” the less severe your panic attack will be.

Creating a mental list of imagery that makes yourself calm when under a panic attack is a nit trick. For best results, choose a favorite event and imagine as many details as possible. Think of all the surroundings, the smells, the sounds, the people, the laughs, the interactions, pretty much anything that happened and you can recall. That will place your brain on a different track, one that is on the opposite side of your panic attack.

However, this is pretty much against everything we’ve advocated for, in terms of dealing with panic attacks. That’s so because this is creating a distraction. But when nothing else works, and nothing else works for you at the moment, this might do the trick.

It does work for many people suffering from panic attacks. There are hundreds of thousands of people that deal with their panic attacks using this method.

Each of these ways has been helpful to folks suffering from panic attacks. If you can apply some of them, your panic attacks won’t be so severe and extreme. Once the severity of the symptoms starts to wear out, you will know that you are on the right track. It is not a fast process, but if you are persistent in your attempts to prevent and stop panic attacks, at one point they will go away.

Learn More About The Bundle: 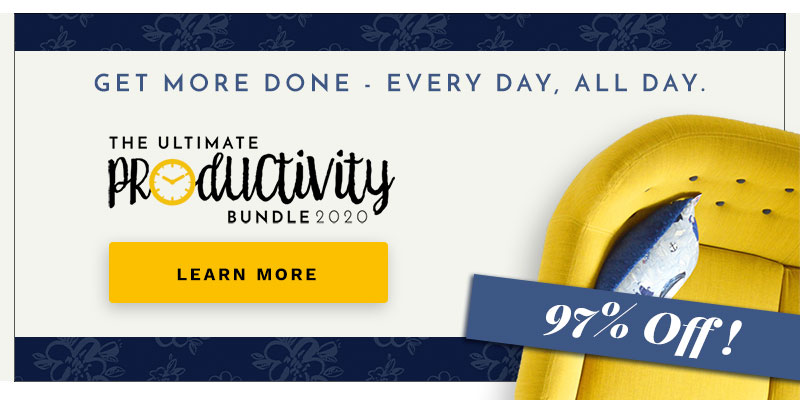 Habits For A Better Mental Health

and get the best tips straight to your inbox!

I’m so glad you’re a part of this community now!